When Catalyst was announced at WWDC I was very excited about the possibilities that it created for NewsWave. Even though NewsWave launched as an iOS-only app, bringing it to the Mac has always been a priority.

A couple of months ago I started woking on porting it. As it turns out, and as you probably figured out based on the title, there were complications…

I got the app working on the Mac with little work, almost none really. However, when I started to change it to make it more Mac-like is when I started to face difficulties. It became clear this would not be a relatively easy undertaking: missing APIs, non-Mac behaviors and bugs meant I would need to invest a lot of time to, at most, end up with a barely decent Mac port. If you look at the best Catalyst ports out there you’ll see what I mean, they’re not bad but they are certainly not great either…

When I look at how I spend my time (remember I’m doing this part time), I don’t believe using it to create something decent makes sense. Here’s the Catalyst port of NewsWave running on the Mac for your reference: 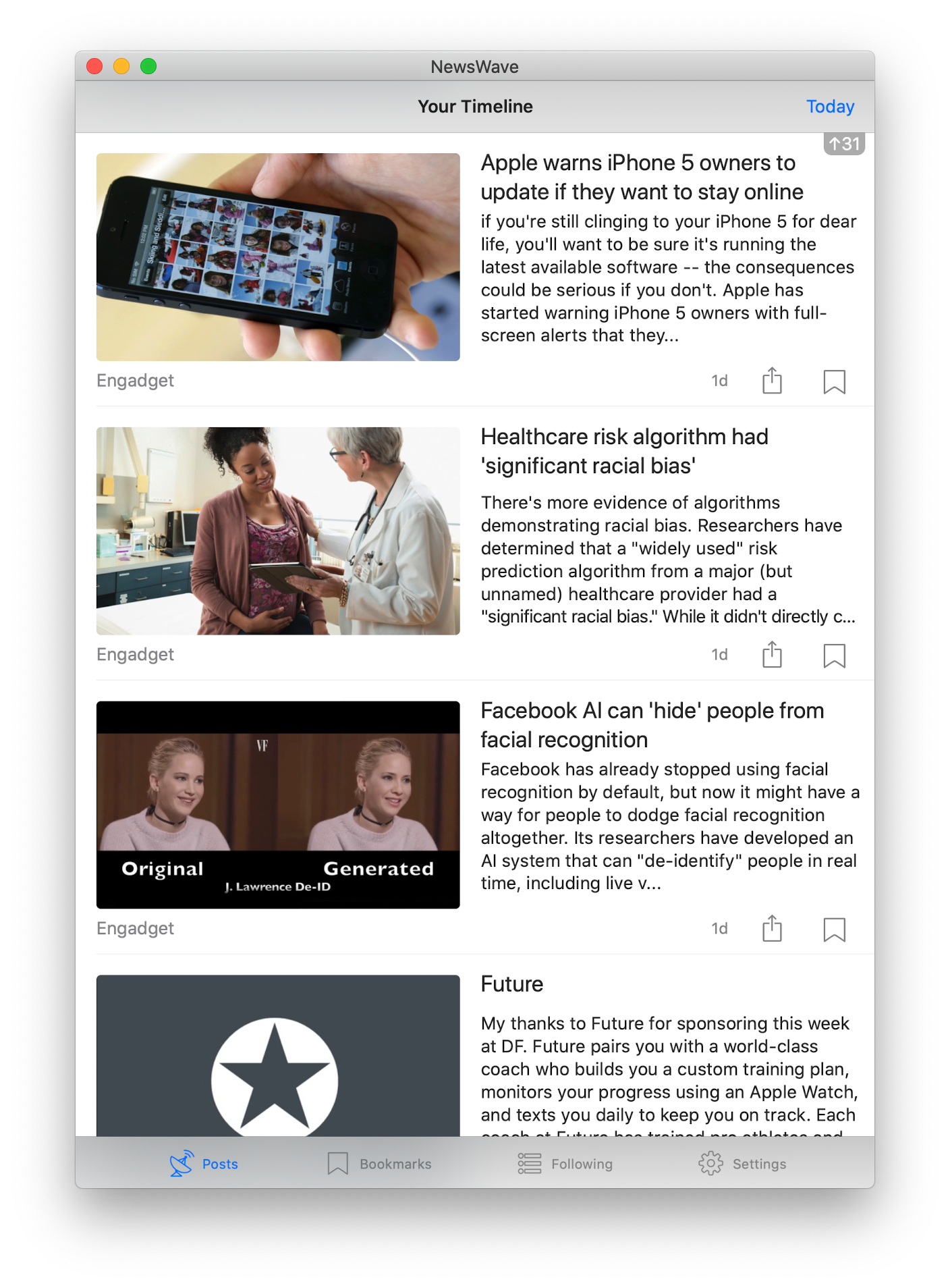 So, what am I doing in the end? Well, I’m building a native Mac app! I’m considering experimenting with SwiftUI but based on what fellow developers said, I’ll likely will stick to Storyboards for now.

It’ll take a bit more than a Catalyst port but certainly will be a significantly better app for the Mac and for my users.